Like everyone, Tony knew Elvis by means of television and radio. On August 16, 1977, while driving in the family car with his father, he hears of the passing of a legend, that of Elvis, the king of rock & roll. That moment was to mark a major turning point in his life as well as total admiration for this artist. It is the record “Elvis in concert” which was his calling. Using a hockey stick inserted in the slit of the couch and a screwdriver taped to the other end to mimic a microphone, Tony imitates his idol in the basement of his home. He becomes Elvis and all that embraces his persona.

At the young age of 17, Tony’s father falls seriously ill and passes on. Elvis will become even more important in the heart of this teenager, who to suppress the pain, falls deeper into his world of imaginary concerts. Tony’s voice resembles that of Elvis’, with similar tones and vibrations and begins imitating his idol on a more serious level. In 1983, with the song “Wonder of You” he wins his first contest. From 1983 to 1989, Tony is asked to make several guest appearances at various nightclubs and marriages. When Montreal is host to one of the most important Elvis impersonator contest, Tony wows the crowd with his rendition of “Wonder of you” and “My way” hence winning the grand prize and earning him a visit to Memphis, Tennessee, birthplace of Elvis. Also, included is the opportunity for him to give a live show at the local Sheraton hotel but Tony refuses as he was already actively working on preparing his first concert “Elvis, 11 years after”, a show which he would have much success with in Montreal.

Tony then starts his own business, one that would keep him away from the spotlight for a long period of time. As a successful entrepreneur, Elvis continued to live in Tony. A song, in recognition, followed every signed deal with his customers who much appreciated the gesture. The energy and excitement of being on stage continues to linger and Tony makes a return in 1996 with a concert entitled “Tony live”, which includes a repertoire of the Kings’ greatest hits. His daughter, Melissa, only 6 years of age at the time, sat on the stage that night and could not help but idolize her father.

Now 46 years of age, Tony wishes to share his unconditional love and respect for Elvis by presenting his very last show “My Way”. No longer the Elvis impersonator, he wishes to grace his audience by setting aside the glitter and sparkles and present this final tour as himself. “My Way” is a Tribute show returning to Elvis, the idol crown. Tony’s voice and his love for Elvis are his ultimate instruments! 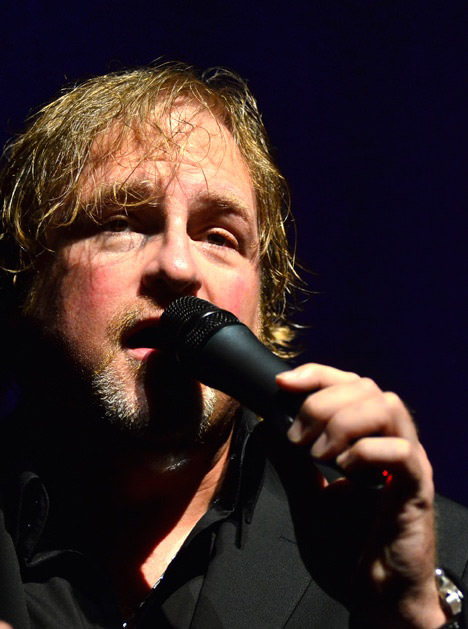